NY Times Square 2019 Comes Down to the Wire

Could New York Times Square have a Black Out?

Dozens of heavy wires and power fuses energize the ball that’s powered by sources known by only a handful of electricians and engineers. Right now, the workers are testing 32,000 LED lights bolted to enormous crystal triangles surrounding the ball as it rests on a metal grate atop One Times Square. In the end, it will come down to one technician pressing a button to release the ball electronically.

Keep an eye on the weather

Electricity doesn’t like moisture, and it has threatened national celebrations before. Ten years ago, a few days before the 4th of July, 11-inches of rain fell in the Washington D.C., area, flooding the basement of the U.S. National Archives.

The flooding shorted out the electrical system that powered the building’s dehumidification system. Moisture could damage rare historical documents and artifacts, including the Declaration of Independence.

Getting the dehumidification system up and running required hard-to-find high voltage fuses. The electrical engineers at Potomac Testing, Inc., who were called in to diagnose and fix the problem, called the product manufacturer, but no one was available to pull parts from the warehouse due to the holiday.

The engineers then called Monster Fuses, a Portland, OR, based supplier of fuses and electrical 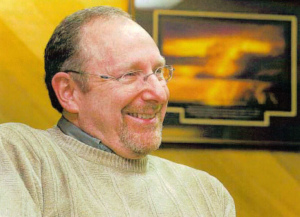 control equipment. Monster Fuses is a market leader when it comes to hard-to-find, “Need it Now” fuses. Corekin writes about the niche his company fills in the Evolution of the Secondary Supply Chain.

By that afternoon, technicians at Monster Fuses were pulling replacement fuses from their inventory of 14,000 fuse solutions. Monster Fuses technical staff inspected the fuses and performed resistance testing to be sure the product would perform in this critical application as the manufacturer intended.

This is standard procedure, says Monster Fuses President, Brian Corekin. “We keep copies of the test results here for every fuse and print the test results on labels that we apply to the fuse itself, so there’s no confusion about the fuse being ready for installation.” The next day the industrial-grade power fuses were on a flight to Washington.

With only days before the electrifying “big drop” of the 12,000-pound sphere in New York City, Corekin’s 24/7 team is on stand-by to support the electrical supply chain, electricians and engineers in case of another “national emergency”.

“We cross our fingers, hold hands and then we say a prayer to the gods,” jested spokesman Tom Brennan before last year’s ball drop. “Thankfully it has worked in the past. A billion people will be watching.

Contributing Author Greg Carter has been working exclusively in Industrial/Electrical Digital Marketing and e-commerce for over 15 years.